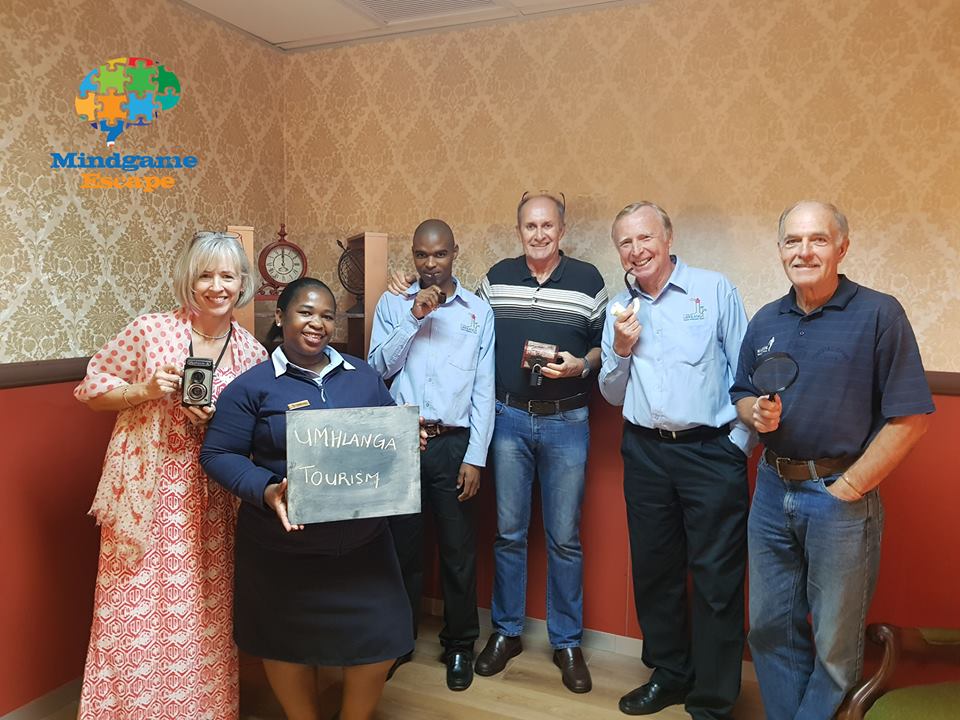 New to Umhlanga is the intriguing detective game experience Mindgame Escape. The venue is just across the road from the Umhlanga Tourism office, on the second floor of Granada Square, Chartwell Drive. Umhlanga Tourism recently gathered a team of six and arrived in a flurry, having made our way through heavy rain to get there. Bad weather is perfect for a diversion like this as all the action takes place indoors, in a locked room and in your own mind! 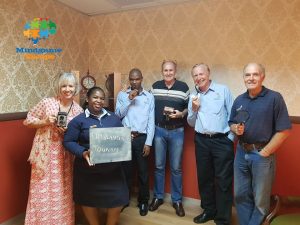 We had booked the ‘Sherlock Holmes Baker Street’ room, excited by the idea of using our own great powers of observation and

deduction to break out. Ruzika gave us the lowdown first. We were to be locked in the Baker Street room together for 60 minutes. Ruzika would watch us on a camera and phone us if she felt we needed help. We could also phone out on the allocated phone if we wanted to ask questions, while we puzzled our way through a series of clues and locks. The goal was to figure out all 20 clues/locks in the hour in order to ‘escape’.

And then the action began. Having been tipped off about where to start we all gathered around the spot and together began scratching our heads, looking through magnifying glasses, peering underneath objects and generally trying to be clever. One clue led to another, with just about every clue hidden in an object secured by a different type of combination lock. Numbers, words, spatial exercises and more made up the puzzles we had to work out in order to open the locks. It was HUGE fun working as a team. We started off really slowly and felt very dumb. But once we got the hang of the locks we began to speed up and then…. time was out. We had failed to escape! Drat, if only we’d had more time…

I can highly recommend the experience to corporate groups; it’s a really great way to teambuild. Families, holidaymakers, and groups of friends would also have lots of fun. For two people it costs R250 per person, for three to four R225 per person, and for five to six it’s R200 per person. Although children can attend if supervised by an adult, below the age of 16 is not really recommended. Groups can book the whole venue; there are three escape rooms and while 12 people are in the various rooms, another 12 can nosh away on party snacks in the reception area and then swap over. Photos of the groups are taken after the experience and posted on the Mindgame Escape Facebook page.

You HAVE to try Mindgame Escape. You might even go onto their wall of fame for breaking out in record time. We, er, aren’t on the wall… yet!