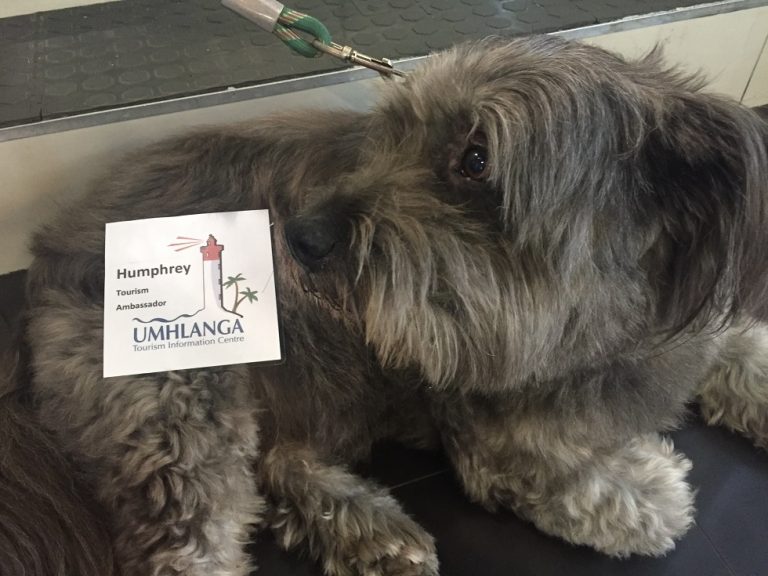 Humphrey is going strong in his campaign to be a dog in a million. Over the festive season he raised R8 000 for the SPCA – a timely donation because of the many strays brought to the animal charity at that time of year.

Seeff Properties Umhlanga thought his efforts so marvellous  they named him ‘Hero of the Month’ in their Thank-you Campaign in December 2017.

Now Umhlanga Tourism has named Humphrey its Brand Ambassador. Well done Humphrey! It was an easy choice. Here’s why:

Humphrey has been active on the charity scene for some time and has to date raised more than R300,000.00 for the SPCA. Keep an eye on the Umhlanga Tourism blog and Facebook page for Humphrey’s Umhlanga Tourism activities and news.