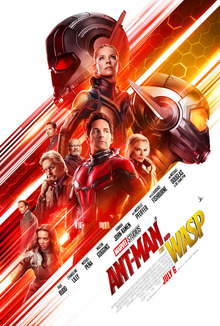 Ant Man & The Wasp is the latest Marvel superhero movie to be released. A sort of an antihero, Ant Man (Paul Rudd) is full of foibles and 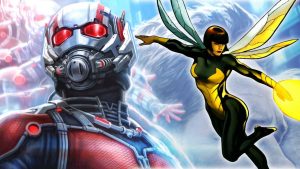 weaknesses. His sidekick, the Wasp, definitely has things more together and Wasp’s quest to find her long-lost mother forms the plot of the film. There are several antagonists in Ant Man & The Wasp, none of them outright bad, all-powerful or unbeatable. The main opponent, Ghost, in particular, is motivated by the need to save herself from completely disappearing. Aside from some blasphemy, the film is clean and very well aimed at the middle grade child. It’s funny. The characters are likeable. And it even contains some scientific terms that’ll stretch this age group. For example, Wasp’s father, Dr Hank Pym (Michael Douglas), says ‘Forget AI…., the future lies in the Quantum Realm’.

‘The Quantum Realm’ is where the Wasp’s mother has remained trapped for many years. Dr Pym and Hope/Wasp (Evangeline Lilly) eventually create a machine that’ll help them reach the Quantum Realm. It’s a huge rocket-type contraption with the ability to travel through time whilst mitigating any concomitant effects. Trouble is, they need Scott Lang/Ant Man’s help because Ant Man’s been to the Quantum Realm before. It’s a problem because Ant Man happens to be under house arrest.

With some clever tricks Ant Man nevertheless joins the quest and the chase begins. Secondary characters, both goodies and baddies, come into play. Several are very funny, as are Ant Man’s suit accidents. Forced to use a faulty old suit Ant Man invariably shrinks and expands to the wrong size, with amusing results.

Ant Man & The Wasp is a fun, family, superhero movie that is currently showing at cinemas in South Africa. Enjoy it while the school holidays are on.

This review first appeared on A Feast of Tales.