Jukebox Hits is a fun musical currently showing at the beautiful Rockwood Theatre at Sibaya Casino, just a few kilometres north of the Umhlanga CBD. The venue is a supper theatre and guests can either bring or order their own food. Drinks can only be purchased within the theatre. 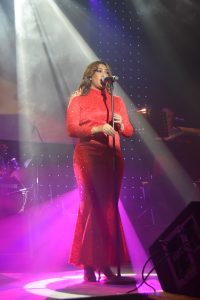 The term ‘jukebox’ became popular in the 1940s/1950s or thereabouts and referred to a coin-slot machine that played music records. The most popular songs were played over and over. Jukebox Hits takes its cue from this idea and performs songs that were popular in the 1950s (with Elvis Presley), goes back to the days of swing in the 1930s, and then forward through the 1960s, 1970s, 1980s and 1990s. Favourites include items from Queen, Louis Armstrong, Michael Jackson, and even some opera from Josh Groban. There are plenty of costume changes, a very accomplished band, and absolutely standout performances by vocalists Janine Cupido, Riyaan Cornelius and Percy Smith. 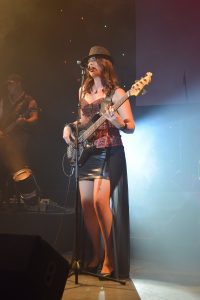 It’s important to have explained the above as the show does not, of course, contain only jukebox hits – but hits in general. Without some explanation the title could be misleading.  Jukebox Hits runs until 2 September 2018.

This is an excerpt of a review that first appeared on A Feast of Tales, http:afeastoftales.co.za.