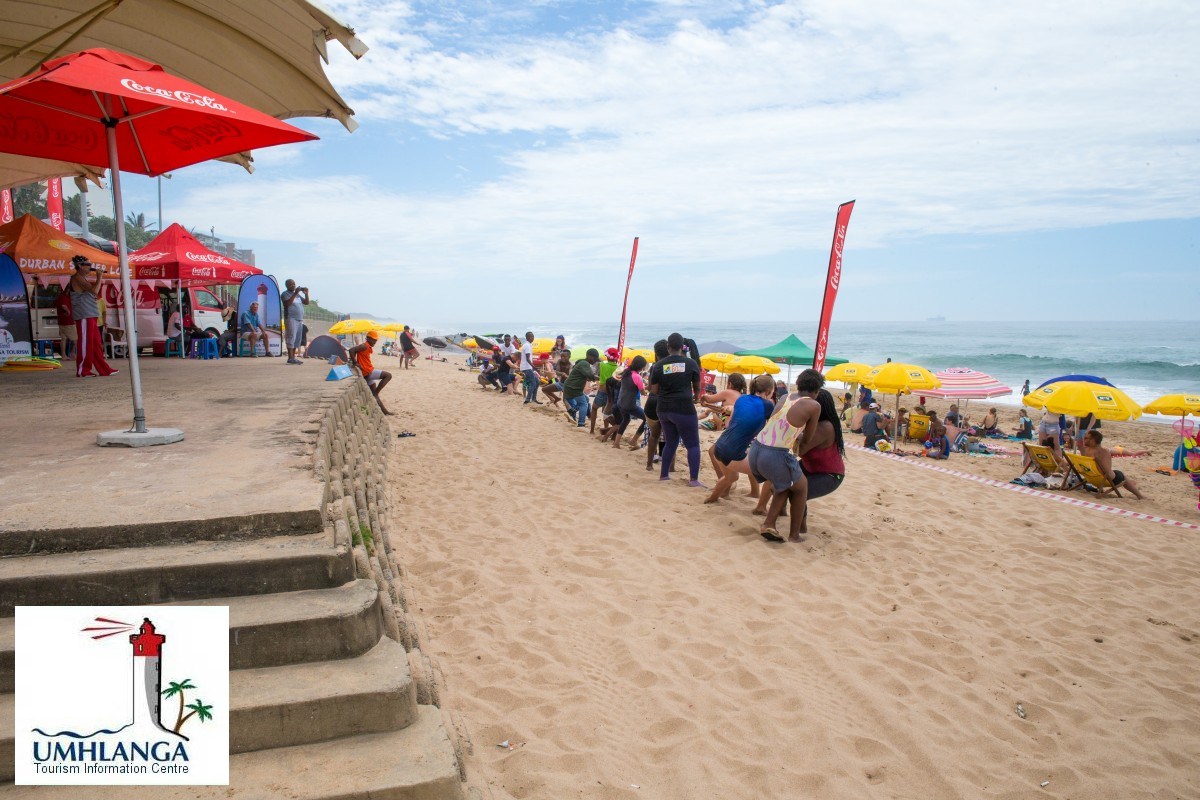 A group of children from Girls and Boys Town showed up on the beach on Tuesday 18 December to take part in Umhlanga Tourism’s fun in the sun festival. The children had great fun playing games and all were given a number of super prizes, donated by generous sponsors. These included vouchers from Cornubia Mall to Nu Metro and Bounce, and cool drinks from Coca Cola.

The Festival, which started on 14 December, runs until 23 December and features a number of activities that involve caring for people and our planet.

Each day as part of the beach games, participating children are invited to pick up and deposit any accumulated litter in the dedicated bins provided. Plastic, paper, tins and glass are then appropriately disposed of,helping to keep our beaches clean.

On Monday 17 December the well-known Miss Umhlanga Beauty Pageant collected a total of R5550 through entry fees. This money is currently being spent on goods which will be donated to Girls and Boys Town.

On Thursday 20 December, weather permitting, Carols Under the Stars will take place in Granada Square. This is a wonderful opportunity for families to gather to sing Carols and enjoy a variety of Christmas entertainment. Importantly, it’s also an opportunity for the donation of children’s toys. These toys will be distributed by Rotary to children in the extended Umhlanga community in time for Christmas.

So, be part of Umhlanga Tourism’s giving festival; come to the Carols Under the Stars armed with gifts for charity and show It’s Cool to Care.

Thank you to everyone for your generous support so far!

Some of our sponsors:

Carols Under the Stars