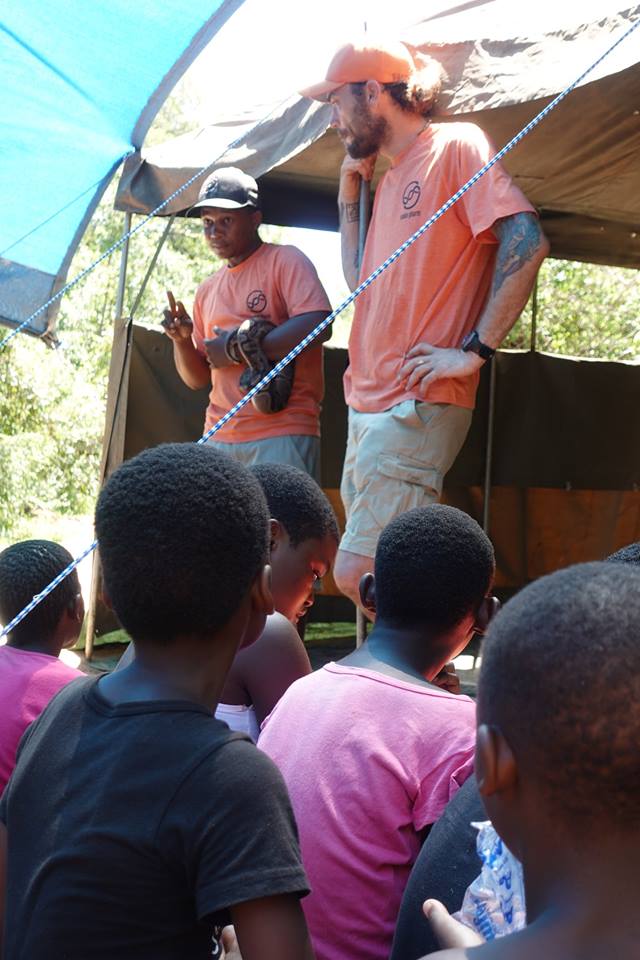 Hluhluwe, and Zululand in general, is home to some of the most varied landscape, ecology and wildlife on the East Coast of South Africa. It is also the base for Snakepharm, an NPO that is researching interesting new antivenom products and methods.

Donald Schultz is a herpetologist who works for Snakepharm. He was born and raised in Durban where he worked at the snake park during his school holidays. Donald’s early fascination with snakes took him to the USA where he worked in various capacities before joining Snakepharm and then returning to the snake-rich East Coast of his birth.

‘This is my happy place,’ said Donald, who spoke to Umhlanga Tourism about Snakepharm, his American accent obvious due to his 16 years spent in California.

The current method for producing antivenom is a lengthy one, explained Donald. It involves extracting venom from poisonous snakes (note: each snake type’s venom is unique), injecting that venom into a large mammal (usually a horse) at intervals over a period of a year or longer. The animal gradually develops antibodies. Blood is then drawn from the animal, placed through a centrifuge and the antivenom extracted, purified and then released to the market for use.

But what if this process could be sped up, the cost reduced and the process of producing it placed in the hands of local people? This is the question Snakepharm is researching.

Non-venomous snakes eat venomous snakes, Donald went on to explain. These non-venemous snakes therefore develop/have their own antibodies and are not adversely affected by the venom in the snakes they eat. Their blood is an instant, natural antivenom that doesn’t need to be refined. Snakepharm’s research therefore revolves around harvesting these snake’s blood and using it as an antivenom. The process for this harvesting is much quicker and therefore much less costly than the traditional method.

Snakepharm’s laboratory research centre is now operating in Hluhluwe. Although not open to the public they are available to answer questions between 10am and 3pm daily. They are also available for snake callouts in the immediate area (Hluhluwe and north) 24 hours a day.