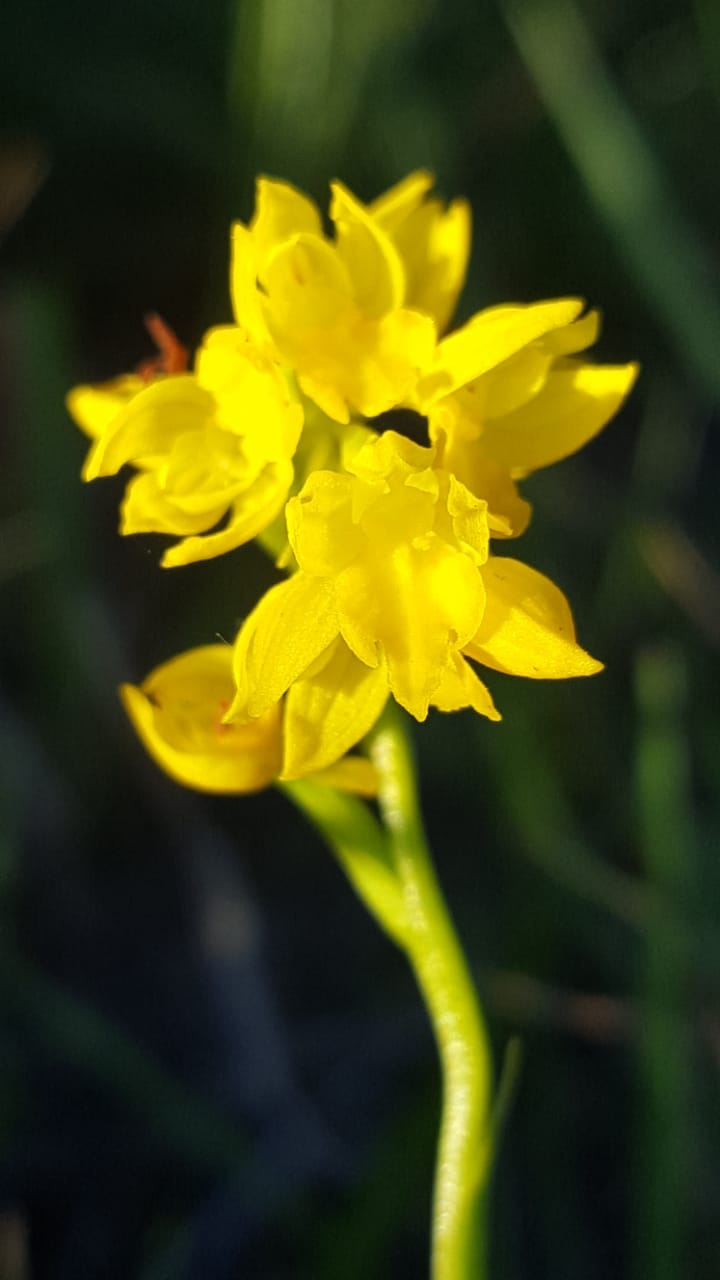 Tending to the exacting needs of beautiful, delicate plants and looking after sometimes demanding guests.

But if anything, the two interests complement each other, explains Van Greunen, of Fairway Guest House.

Her guests love looking at her about 400 specimens when not taking in the sea views over the Beechwood golf course. And every day Van Greunen sees to it that there are fresh orchids at the breakfast table and in the bedrooms.

Every day Van Greunen also spends at least a few minutes in her orchid house. On Saturdays, her day off, she gets stuck in, potting, pruning, fertilising, and generally taking care of her collection of indigenous, exotic and hybrid orchids.

Lately the 47-year-old has needed to find a little more time for her plants.

In between a trip to the Western Cape, she’s been preparing for the Fairway Orchid and Rare Plant Fair, which she will be hosting at the guesthouse on Saturday,  20 July.

It will be the fair’s fifth year and Van Greunen said apart from orchids in gorgeous abundance, shown by 40 members of the Natal Orchid Society, there would be demonstrations and specialist stalls exhibiting and selling indigenous plants, cacti (including miniatures), palms, Heliconia, staghorn ferns and carnivorous plants.

“It’s a lovely day out,” said Van Greunen, who is president of the society. She  also promised, “Plants you won’t find in most nurseries; there are things you will have never seen before.”

So where does her love orchids come from?

Van Greunen reckons it’s in her blood. She was born in the Cape on an apple and pear farm; her mother loved gardening and her father was a farmer.

The diversity of orchids was part of their appeal, she said, mentioning the range of climates and conditions the family of about 28 000 species have adapted to.

“You get your cold-growing and your warm-growing, your tresetrials and epiphytes…”

Are orchids demanding, are they hard to grow?

“I won’t lie, some of them are. But if you can emulate those (natural) growing conditions, know they should be mounted on a tree… water… sun… you shouldn’t have a problem. They all have different growing requirements,” she said.

In other words, make them feel at home. And on that score, what about that other sometimes tricky, generally carnivorous species: the B&B guest.

“Return clientele, that’s so important. The key is to keep your regulars happy,” said Van Greunen, “I am also quite serious on complaints. I try and rectify it immediately so our return clients always know they have been heard.”

She said B&B owners must attend to that proverbial crack in the wall –  the one they stop seeing after a while, but which guest never fail to notice.

Van Greunen also credited her “fantastic staff, very reliable, very friendly” and her husband Aubrey with the success of her business, which has been running for 19 years.

About 70 percent of guests come from the corporate sector and Fairway was fully booked, Monday to Friday.

That said, “holidays are always busy”.

“We have clients that come to us every December; we have worked up quite a good relationship with some of our holidaymakers.”

The guest house has seven en suite rooms and a cottage. They do conferences and weddings too, said Van Greunen. But those weddings must be small, no more than 50 guests, she said.

Presumably with all those orchids space is at a premium.