From London with love:
parkrun draws ’em from near and far

September 2, 2019 | Umhlanga Tourism | Comments Off on From London with love:
parkrun draws ’em from near and far 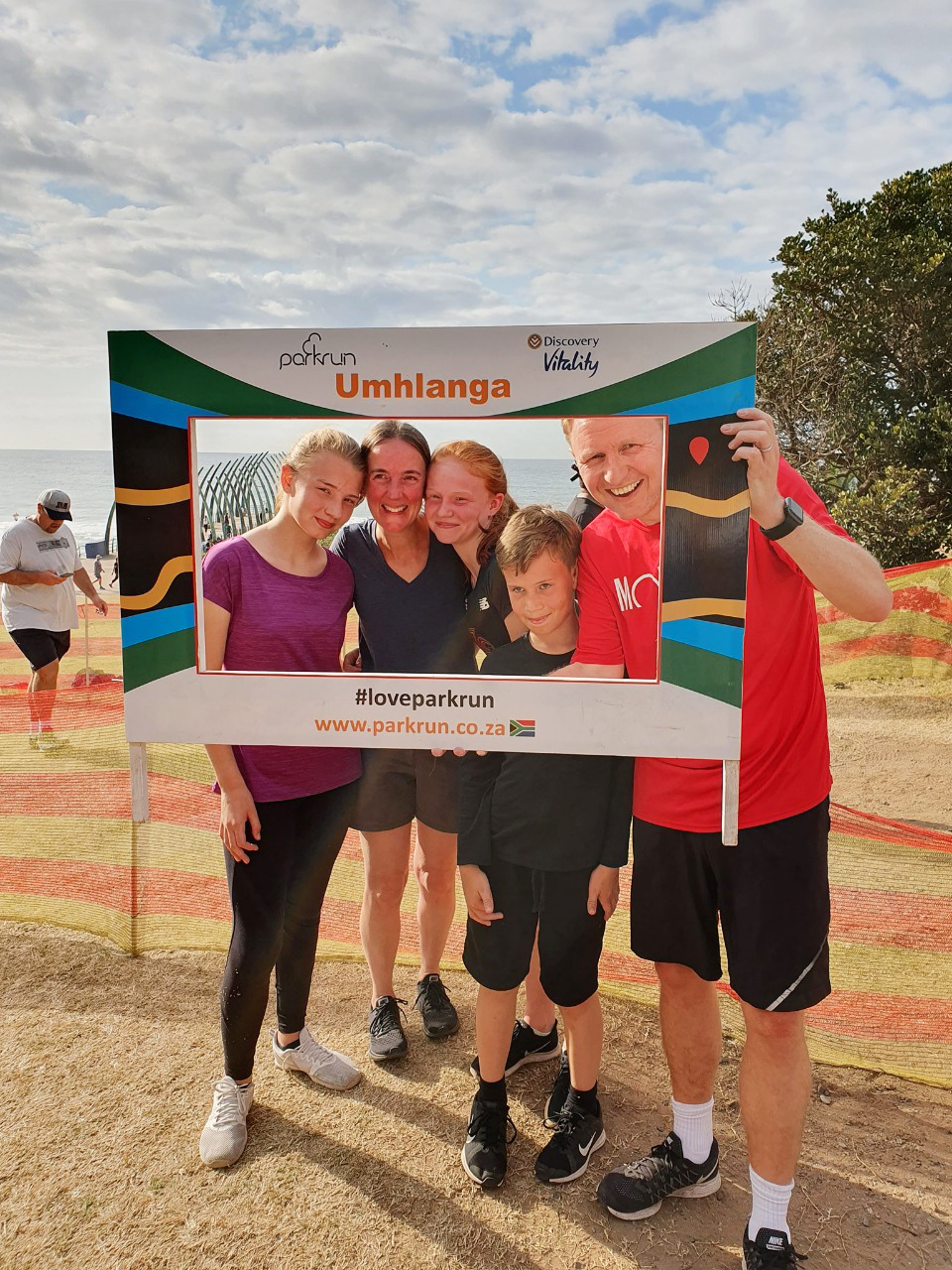 Want to get out and stretch those legs; perhaps meet a few people from elsewhere in the country and beyond? Well then, give the Umhlanga parkrun (the organisers insist it is spelled without a capital) a whirl.

The free timed fun event north along the promenade and back again, has proved a hit with locals and visitors.

“We get a lot of people from around South Africa coming to Umhlanga because it’s nice in winter, it’s a holiday destination… They go on holiday where they can do parkruns,” said event director Geraldine Farinha-Ferreira.

She said tourists were often among the nearly 500 runners and walkers who tackle the 5 kilometre course on an average Saturday morning.

And they are not only visitors staying at local hotels and guesthouses.

Members of the Dash and Splash club, from Johannesburg, turn out in Umhlanga from time to time.

These are runners who think nothing of jumping on a plane at OR Tambo at 6am on a Saturday and winging their way to the coast.

Waiting for them at King Shaka International are parkrun volunteers who whisk them to one of the Durban parkruns. On 16 November it will be to the whalebone pier for the start at 8am, of the Umhlanga parkrun’s fifth birthday event.

With the run done, the Dash and Splash crew, true to their name, take a dip in the ocean followed perhaps by breakfast. Then it’s home to the Big Smoke on a midday flight.

Talk about the jet-set.

But how about runners from further afield?

Some avid parkrunners make it a point to complete parkruns in as many places as possible, or variations on the theme.

Known as “tourists” in parkrun parlance, they have their own special caps, and are among the more than 6 million parkrunners participating in over 1 400 locations in 23 countries across five continents.

“People from around the world who are ‘parkrun mad’ want to do a parkrun beginning with each letter of the alphabet.

“We had a couple who contacted us on our Facebook page, who were on a cruise ship from Australia, docking in Durban. They told us they needed a parkrun beginning with a ‘U’. So one of our willing volunteers fetched them from the ship, brought them to the uMhlanga to do the parkrun, gave them a little tour of uMhlanga from a local perspective and then took them to the airport,” said Farinha-Ferreira.

But apart from the peripatetic, who else does parkrun?

“All sorts. You can’t say who is going to be a parkrunner,” said Farinha-Ferreira, who has been involved with the event for nearly five years. “There are dedicated marathon runners who use parkrun as a 5km time trial, as a valuable part of their training.”

Others, she said, had reached a stage in their lives when they had been told by their doctors that they need to exercise or lose weight.

Some become regulars, chasing “personal best times” or earning T-shirts as they reached milestones – 50, 100 and 150 parkruns completed, and so on.

Peter Hawthorne, of Salt Rock, for example, has completed 354 parkruns as at 24 August 2019. Many of them in Umhlanga, but he is often on the road too. After retiring, he bought a recreational vehicle and toured the country notching up 64 events at different South African venues – missing only seven letters of the alphabet.

The event also appeals to the young and is open to anyone over the age of four.

“We have a little fella, Xavier Collett, who can complete it in under 25 minutes,” said Farinha-Ferreira.

Xavier, aged 7, started out doing the event with his parents while he was still in his pram. As of 24 August 2019 he has completed 94 parkruns, 81 of them at Umhlanga. He has also volunteered at Umhlanga parkrun.

In total, his family has completed more than 800 parkruns.

Any well-known people seen at the run?

Farinha-Ferreira rattles off the names of a few top and former athletes and mentions that Gary Teichman, the former Springbok captain and until recently Sharks boss, “comes quite often” incognito.

And that’s perhaps the whole point of parkrun.

She described the event as “incredibly egalitarian”. People from all walks of life, from near and far, can do it and at no fuss and no cost – it’s them against the clock.

“Everyone is just equal… such awesome people, encouraging each other,” says Farinha-Ferreira.

There will never be a fee for parkrun – its ethos is “free forever”, says Umhlanga parkrun event director Geraldine Farinha-Ferreira.

But this is only possible thanks to volunteers who give of their time and expertise.

She said it has been found that volunteering contributes to people’s mental and emotional health, and parkrun allows the space for people to give and be valued.

“Many of the volunteers at Umhlanga work every week to make it happen, never actually doing the parkrun themselves – just happy to be a part of the event,” said Farinha-Ferreira.

Average number of runners per week: 480.8

Average number of runs per runner: 6.4

Zimbabwe-born, South African educated Peter Paul Sinton-Hewitt CBE is the founder of parkrun. Sinton-Hewitt started the Bushy Park Time Trial in London while unemployed and unable to run due to an injured leg. It evolved into “parkrun”.  The first event on 2 October 2004 had only 13 runners. Today there are more than 6 million registered parkrunners worldwide. Sinton-Hewitt was knighted by Queen Elizabeth for his efforts in improving people’s lives and health.