Shuck it to me, baby!
Frisson over Oyster and Bubbly Festival

February 24, 2020 | Umhlanga Tourism | Comments Off on Shuck it to me, baby!
Frisson over Oyster and Bubbly Festival 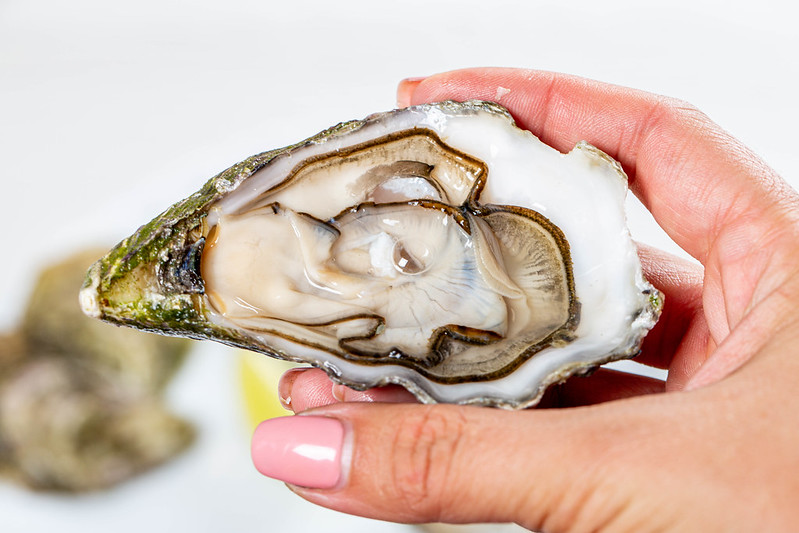 If you are one of those people who, excuse the salty language, regards eating oysters as akin to licking boogers off the back of a tortoise, read no further. The little molluscs, it must be stated, are an acquired taste. But if, like your correspondent, you have done the hard yards acquiring, then you will be delighted to learn that an Oyster and Bubbly Festival has been planned for the FunShine Coast.

The Friday, 28 February event, from 4pm to 9pm, fittingly at The Pearls of Umhlanga Mall, promises to pair oysters prepared in a variety of ways, with a dozen or so of the country’s best sparkling wines.

Music and other entertainment help flesh out the evening.

It takes place on the mall’s second level, near Daruma restaurant.

The Village Table, on the mall’s third level, will be doing the catering and using the occasion to officially launch its new oyster bar.

But what exactly is an oyster bar, we ask the restaurant’s executive chef and co-owner, Paul Dukai.

Chef Paul, reaches for the same salty phrase book issued to Umhlanga Tourism blog writers, and offered the following: “In urban terms an oyster bar is a room full of women who are as hard to get into as an oyster.”

“In layman’s terms,” he continues, “An oyster bar is a raw bar, a raw bar is a small restaurant or a bar within a restaurant where shellfish such as oysters are shucked (opened) and served.”

“Each to their own, oysters are commonly eaten with lemon, tabasco and black pepper, but trending towards designer oysters as per the Village Table oyster menu.”

Dukai says he has been busy experimenting with different ways of serving or cooking them and compiling a menu.

“We have everything from a classic oyster to deep fried oysters, ‘Asian také’ to champagne foam with caviar to finish off, with a few daring oyster shots,” he says.

We will take you at your word, Chef Paul, but while you are being so frank, kindly comment on the aphrodisiac qualities ascribed by some to oysters.

“I personally thought it was a myth but Italian researchers have found a rich in rare amino acids that trigger increased levels of sex hormones but in that said oysters also contain an excellent source of protein, vitamin E, D, B12, zinc, iron and copper, and also have high levels of Vitamin C, phosphorus, niacin and riboflavin. The anti-inflammatory and antioxidant properties of oysters also protect against free radicals, which are released during cellular metabolism,” he says.

Whoa, Chef Paul! This is not the New England Journal of Medicine.

And enough of this sweetheart journalism.

Time for some tough questions, to talk truth to power.

We put it to Dukai plainly: What do you say to people who think oysters taste like snot?

“it’s necessary to unlearn the bad culinary habits America has taught us. Oysters don’t taste like snot, does snot taste like that really?” says Dukai, suppressing a giggle.

Then he lectures us gently.

“They don’t cater to our basic childhood preferences for sweet and fatty tastes, as so much contemporary food does. They are quietly, fully adult. If you like sushi, then you are well on your way to liking oysters.

“Texture is a big part of sushi’s appeal, and so it is with oysters. They are firm and slippery at the same time. Or should be.”

Dukai says oyster flavour, like perfume notes, comes in three stages, and texture is part of the second stage.

“The first stage involves salt, the second stage body and sweetness, and the third floral or fruity finishes.”

He says oysters are “briny, light” and remind him of the sea.

“Rolling waves, foam and bubbles clinging to sand as the ocean pulls back from the beach and the sun beats on.”

Clearly warming to the topic, Dukai produces a heavily annotated copy of Ernest Hemingway’s A Moveable Feast from his apron pocket and reads a few lines:

“As I ate the oysters with their strong taste of the sea and their faint metallic taste that the cold white wine washed away, leaving only the sea taste and the succulent texture, and as I drank their cold liquid from each shell and washed it down with the crisp taste of the wine, I lost the empty feeling and began to be happy and to make plans.”

Next, Dukai, 50, conjures up an oyster memory of his own.

“In my years walking the beaches of Cape St Francis and picking up rolling oysters, shucking them with a dash of freshly squeezed lemon was just pure bliss, however now to masticate on a fresh oyster with a touch of ponzu sauce, thinly sliced julienne ginger, chilli, red onion, coriander and lemongrass makes me just salivate at the thought of it,” he says.

And it fair transports your correspondent back to his own sojourn in Parys… three years spent toiling as a lowly plongeur at the Belle Poitrine, a small bistro on the Left Bank of the Vaal.

But let’s for the moment leave aside the remembrance of things past.

What of Friday’s festival? And what about the sparkling wine?

Event organiser, Bron Roos says some of the best locally available sparkling wine will be served, with knowledgeable people on hand to do the pouring from the likes of Simonsig, Krone, Cathedral Peak, Robertson Winery, Pierre Jordan, Kleine Zalze, De Krans, Leopard’s Leap and Himmelstalund (cider).

And to add to the moment, Roos has booked singer-guitarist Matt Gardiner.

Gardiner, a 23-year-old from Pietermaritzburg, has performed with some of the brightest best popular musicians in the KwaZulu-Natal, Gauteng and further afield, which augurs well.

And there will also be a “glam station”, hosted by cosmetics company Urban Decay.

Beyond a brief turn in pantomime in fin de siècle East London, your correspondent confesses to no knowledge of mooimaakgoed. But Urban Decay, we have learnt, does offer a range of products branded Naked and even an eye-shadow palette called Aphrodisiac.

So, very much in theme for the evening.

Details of Oyster and Bubbly Festival

Roos, who is hoping to make the Oyster and Bubbly Festival an annual event, can be reached for more details at 061 820 3518.

VIP tickets are R600, which includes bottomless bubbly and oysters.

Regular tickets are available for R200, from Quicket.

That buys you a glass of bubbly on arrival and your first oyster – “large, and we are only serving large,” says Dukai.

Thereafter, oysters with tabasco, pepper and lemon are R25 each; designer oysters are R35; and oyster shots are R45.

See the full menu below.

Will one oyster be enough?

A taste of Hiroshima: Oysters with ponzu sauce touched with citrus zest, onion and ginger

A taste of Hiroshima: Oysters with ponzu sauce touched with citrus zest, onion and ginger

Oysters topped with a dressing inspired by the Bloody Mary cocktail.

This fresh taste will blow your taste buds