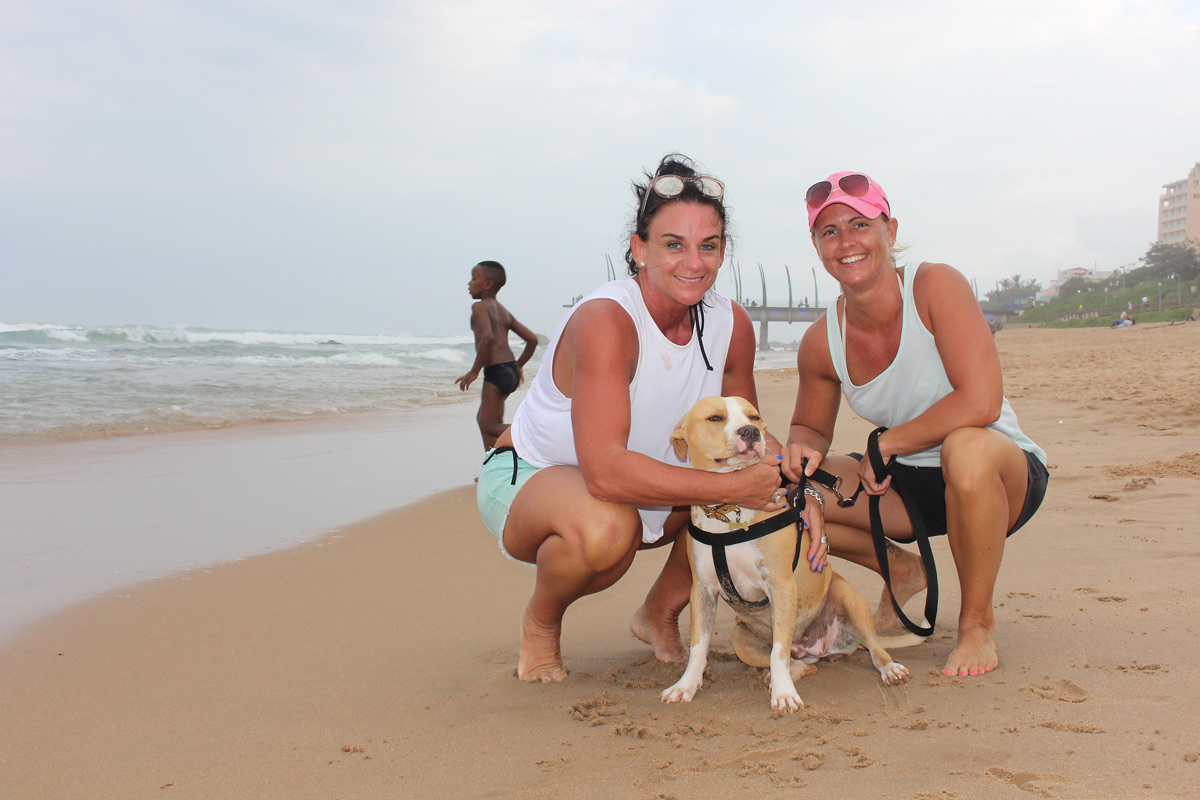 They wrote a song about Copacabana. Patriotic Aussies reckon Bondi’s a beaut. Waikiki is wonderful, if eroded. While a stretch of shore on Phi Phi Islands became so famous after it featured in a film starring Leonardo DiCaprio, the Thai government had to limit visitor numbers.

Some beaches seem to capture the popular imagination.

Then there’s Granny’s Pool in Umhlanga.

With a name like that it’s never going to be sexy in that tall and tan and young and lovely girl from Ipanema way (the Rio beach, rather than the Umhlanga self-catering flats that share the same name).

But there’s something just plain lekker about Granny’s and the littoral between Umhlanga Main Beach and the whalebone pier.

It has a safe, friendly charm that’s hard to top.

So, on a recent stiflingly hot Sunday afternoon, your correspondent and his clan fled muggy south Durban suburbia and headed for Granny’s.

The plan was to meet family and friends there.

Marketing being what it is, beaches are often photographed for promotional material on bright days when the light dazzles.

This probably means mid-morning. And the problem with mid-morning is that it precedes midday. It can get too hot, too quickly and that’s something you may want to avoid in mid-March.

But if you can delay your visit to Granny’s to around 3pm in late summer, the sun will have begun to dip behind the Pearls complex.

The temperature should be on the wane too.

The other great thing about Granny’s, particularly if you have young children or perhaps a grandmother in tow, is that it’s a really safe place to swim.

Two parallel reefs run at 45 degree angles away from the shore. And the channel between them forms a pool perhaps 25 metres across, protected from the bigger breakers.

The shore is gently shelving too, so it would be hard to get into trouble there.

And if you did, immediately above Granny’s is the Umhlanga Surf Lifesaving Clubhouse.

On the weekend we visited there were plenty of its young members about, blowing whistles, carrying torpedo buoys and generally keeping an eye on things.

Granny’s is a doddle to get to, too.

It’s an easy walk there from any number of Umhlanga’s beachfront hotels.

If you are coming from farther afield by car you could park on Lagoon Drive or a side street.

Or do like a member of our party, and use the Cabana Beach Resort’s underground parking.

Near Umhlanga Main Beach and at R20 for the entire day, it’s convenient and fair value.

We took a different approach, leaving the car at the free parking at Durban View Park.

It’s about 1 kilometre south of Granny’s and getting there makes for a pleasant stroll.

On the promenade at Durban View three friends were standing, staring into the distance – not so much at the city skyline, but at what they reckoned was a looming cold front.

The men explained they were kiteboarders and planned to launch on the fading north-easterly wind and return on the south-wester when it arrived.

One of the three, Richard Weddell, of Umhlanga, said Granny’s was ideal for toddlers and weak swimmers.

“They hold nippers there,” he said referring to junior lifeguards.

It was also popular with elderly bathers, which explains its name.

“It looks like a pool close up, but only at low tide,” said Weddell, adding that the channel was a registered ski-boat launch site.

While I was getting the low-down from the locals, the family had hurried ahead to the beach.

And the gap was growing as I fiddled with my camera and scrawled in a spiral notebook.

“Are you a journalist?” said one of two women resting on a promenaded curbstone, hailing your correspondent as he sloped by.

“Sort-of. I work for Umhlanga Tourism. I do their blog,” I replied.

We fell into easy conversation and Mbali Tanana, as she later introduced herself, told me was from East London and had worked for the Daily Dispatch until she took a retrenchment package recently.

Small world, replied this hack, offering a few names from his own time at the same Slumtown rag, in the late 1990s.

With Tanana was her sister Pam Bakana.

They had come up from the Eastern Cape to fetch Bakana’s son from Hilton College and take him home for the school holidays.

The boy was apparently a gifted rugby player and good in the classroom too, so had the pick of schools to choose from.

After taking down Tanana’s number and wishing the sisters goodbye, your correspondent continued northwards.

A couple were picking berries amid the foliage on a small dune.

What were they? Would they make your tummy run? I asked.

No, replied the woman.

Amatangulu are good, she said, tossing one in my direction.

I pocketed it for later.

After passing the lighthouse (shrouded in scaffolding and hoarding for a repaint) I left the promenade and walked along the beach.

Plenty of people were out and about. Mostly South African African voices filled the air, but now and then a foreign tongue or accent floated by. I heard Italian.

Moms and dads helped their little ones paddle in the shallows. Dog walkers picked their way over the rocks, following pooches.

A boy was doing a lot of energetic rock and surf casting, his rod bending as he battled, presumably, to free a sinker from some crevice.

I caught up with the kids on the northern side of the pier, where they were playing in rock pools.

A little later we continued to Granny’s where we joined family and a new friend.

With the sun sinking and the wind freshening from the south-west, as the kiteboarders had predicted, it was time to drop the umbrella and make the most of the cooling air.

Hayley Stedman, a new friend, was enjoying an afternoon out with her daughter, Emily, 11, while her husband and son had gone fishing for bass at Hazelmere Dam, some 20 kilometres away, she said.

Stedman, of nearby Sunningdale, reckoned she had got the better deal.

The conversation drifted to a German couple in their mid-to-late 50s who she had chatted to on the beach a little earlier.

The couple, who were heading home soon to Frankfurt, were enjoying a few days in Umhlanga on a tour of the country that had taken in Cape Town and Kruger Park.

They liked Umhlanga a lot, but found the waves a little rough, they said, and had come for a dip at Granny’s.

Their seaside hotel was also a little too posh for them and the service übertrieben – over-attentive. A well-meaning member of staff had even offered to polish their spectacles, they said.

But enough secondhand stories. The time had come for a spectacle of another sort.

It was getting late and I needed to wrap up my research on Granny’s, or at any rate, unwrap, and take to the waters.

Speedo-style swimming briefs are not to everyone’s tastes, but they do lend a certain Teutonic  touch, certainly GDR-generation, that the Frankfurters may have liked.

Was your correspondent tall and tan and young and lovely, like a certain Ipanema Beach local?

But at least the sea at Granny’s was absolutely gorgeous, somewhere around the desirable 20 mark.