Top tour guide on the road ahead

June 8, 2020 | Umhlanga Tourism | Comments Off on Top tour guide on the road ahead 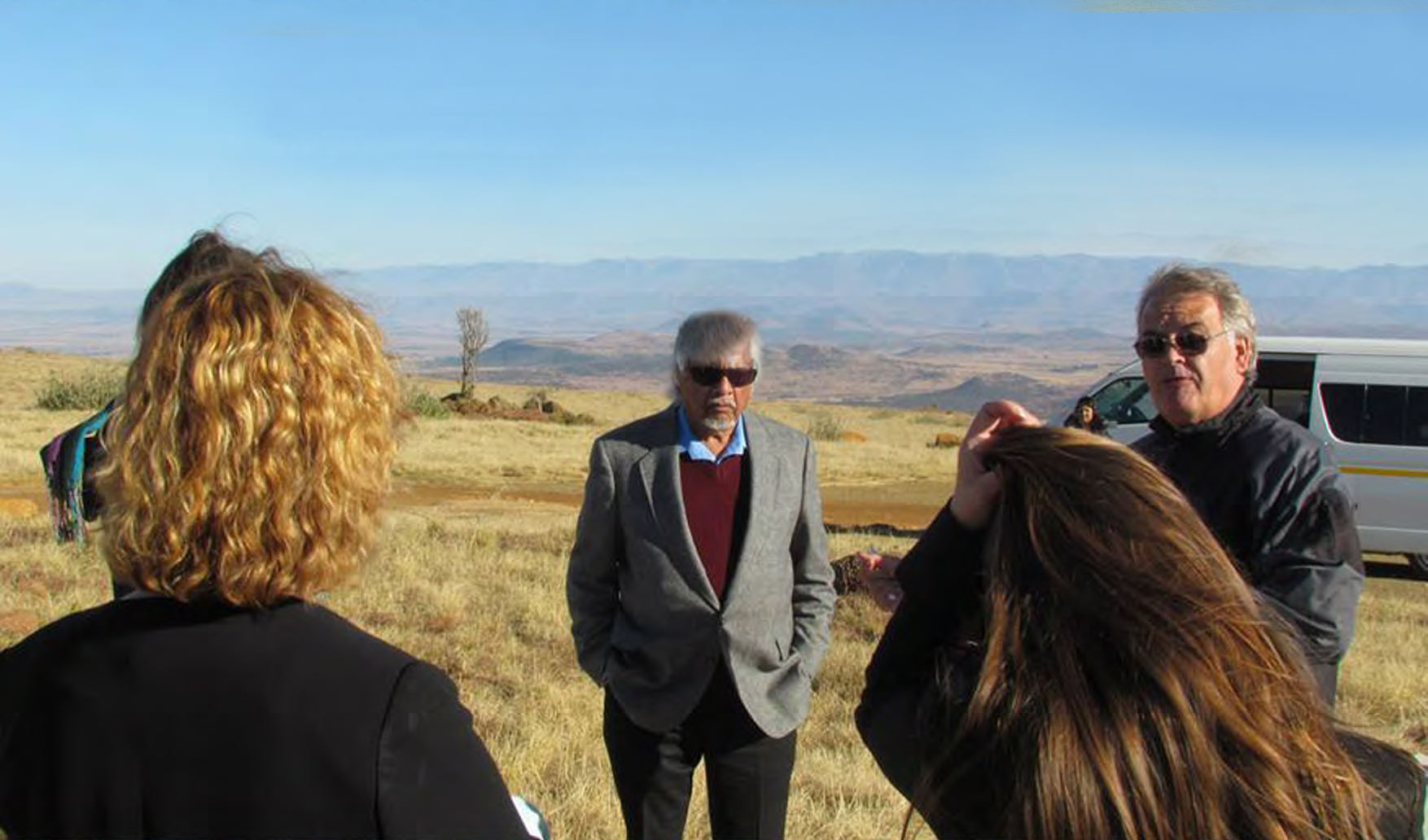 Form is temporary, class is permanent, sports journalists are wont to say whenever a much-loved team or star player slumps. Greg Garson, the Umhlanga Tourism committee member, tour operator and national guide, is hoping the same holds true for him.

Of course, the sporting analogy is a little wide of the mark. It’s not like Garsons Expeditions has gone all flat-footed at the crease or can’t seem to miss the crossbar.

The veteran guide is out of the field of play, poleaxed by the same pandemic that has laid an entire global industry low.

But he said he had been putting the time-out to good use, polishing his material and preparing for a comeback.

A number of large clients had been booked for tours, many weeks of work, from March this year through to February 2021, when Covid-19 turned tourism on its head.

Happily, all but one have opted to postpone rather than cancel and he was invited to hold all funds deposited.

Garson said it was buoying to know your clients had your back.

It might be the difference between a so-so and a successful tourism business; it ensured longevity.

“I have never met the ‘dreadful’ tourist. I have always found people receptive. International visitors cannot believe how friendly South Africans are – from all walks of life,” said Garson.

Now was the time to make the most of this, to build on previously secured, established relationships, he said.

He offered this nugget to other tour guides and others in the tourism industry: “Regular customers need to be informed that you need them to return to our shores and that you still have so much to show and share.”

Right now, tourism businesses should be… he reached around for the right word… “stroking” or “massaging” their databases.

“You have to direct your energies, place your offerings where the clients’ eyeballs rest,” he said.

He was a little reluctant to use the word “marketing”, a word sometimes associated with overly slick or vacuous selling, but said he was taking baby steps into digital marketing, right into the Fourth Industrial Revolution.

This revolution was changing the way many of us work, and this change had picked up pace as we adapted to Covid-19.

“Right now, I’m clueless about true digital marketing and communication in the 4IR –  but I will learn!”

Guiding, among other things, was about storytelling, and Garson said he was looking at ways to turn his work into online presentations that were enticing to guests, new and old.

Roll with it, baby

Some of the first big swells of the winter were rolling to the shore when we met the man in Umdloti for this interview.

Garson stood at the picture window of his beachfront home, pointing out a cluster of rock a little beyond the surf zone to the north.

In the last while, locals had sighted turtles near the rocks, towards the top end of North Beach Road.

They may have been feeding off the innumerable crustaceans found here.

Such sightings, so far south of isiMangaliso, were rare and might be because lockdown was keeping people at bay.

Garson feels frustrated that he has yet to see one so close to his home, but was keeping a watchful eye.

The uMdloti coastline teems with marine life – “the circle of life is amazing”, he says. Tourists appreciate this treasure trove and needed to be shown the joys of this “lovely village”.

He plans to introduce his clients to this “special part of the East Coast”, and would be calling on uMdloti accommodation establishments in the months ahead

Garson moved to Umdloti from La Lucia a short while back. His new home, he said, suited him very well.

“The locals are friendly. They enjoy their wine; they speak in a slow, restrained manner, they are relaxed” – this directly from the mouths of visiting Californians, said Garson.

The area was beautiful and a relaxing base for him between touring and speaking assignments.

Guiding assignments took him all over Southern Africa.

The Western Cape, the Garden Route, iSimangaliso and the game parks of Mpumalanga and Limpopo, including Mapungubwe, remained very much on the itinerary. But often, particularly for repeat guests, he turns off the beaten track.

He has for example, been putting together a special ethnographic safari for one of his guests, a well-known Californian photographer, that included creating a photographic essay on the Ndebele, Sotho, Pedi and Venda nations

This requires an immense amount of planning.

You could not, or certainly should not, arrive at a traditional site with guests without first doing your homework, said Garson.

He preferred to spend time ahead of the tour, getting the lie of the land to avoid mishaps and time-wasting.

Most importantly, it was a chance to talk to traditional leaders and the people he would be taking his guest to meet. “It’s about respect,” said Garson.

Then, you actually have to know what you are talking about.

It helps that Garson is an avid reader.

Local history and the natural sciences were just two of the many subjects he reads on continually.

From his bedroom he fetched a hefty hardcover about Durban’s forests, presented to him by the Botanic Gardens. It was hardly your typical bachelor’s boudoir book, he chuckled, but fascinating.

Guests were often extremely knowledgeable and guides needed to be similarly well versed.

Military history was a particular minefield for tour guides.

You might be taking, for example, a British tourist around a particular Anglo-Zulu battlefield, which the tourist had been reading about since childhood.

Bluff and bluster would not cut it.

Garson does not regard himself as a historian, he said, but rather as a storyteller.

It’s a talent he’s retooled to build a parallel career as a public speaker.

He has delivered numerous talks to numerous South African corporates and their guests on a variety of subjects. These include the emergence of modern man on the African continent, the migrations of the Nguni people, the arrival of the Europeans and subsequent events.

In 2015 he was invited to give a series of talks on The World, a cruise liner whose resident-owners cruise the planet in great style and comfort.

In early 2019, the owners flew him to Cape Town, to rejoin The World for its passage to Durban, delivering lectures en route.

They also visited the Ohlange Institute, home of the African National Congress and where Nelson Mandela cast his vote in the 1994 elections.

These engagements have stoked Garson’s enthusiasm for public speaking engagements.

He has over the years made numerous well-received presentations to potential clients including cruise line operators, luxury train operators and corporations through an engagement platform, series of lectures and conversations he has developed – iNdlela – The Road.

Covid-19 has put this work on hold for the moment, but the tide will rise again. Meanwhile Garson is continuing with his readings, fleshing out his repertoire.

It’s a labour of love.

Which returns us to another ill-used word – “passion”.

It has become a bit of a cliché when applied to how we should approach our chosen work.

The ebullient Garson prefers to talk about “love”.

He remembers the tough times when he starred in tourism, 20 years ago, after leaving the corporate world.

He has been running his own business ever since, trading as a national tour guide and operator.

“They say it takes five years (to build a viable business). I was close to famine stakes in the early days,” he said.

The experience had given him a keen understanding of the difficulties many in the tourism industry were facing now.

“It’s hard work and without intense love for the work you will struggle to survive,” he said, “It’s not a game.”

So much for sports clichés, including those about form and class…

At any rate, Garson was optimistic about the future.

“I do feel (people in) the tourism industry are absolute survivors. They are resilient and inventive. But we are going to have to recreate our endeavours,” he said.