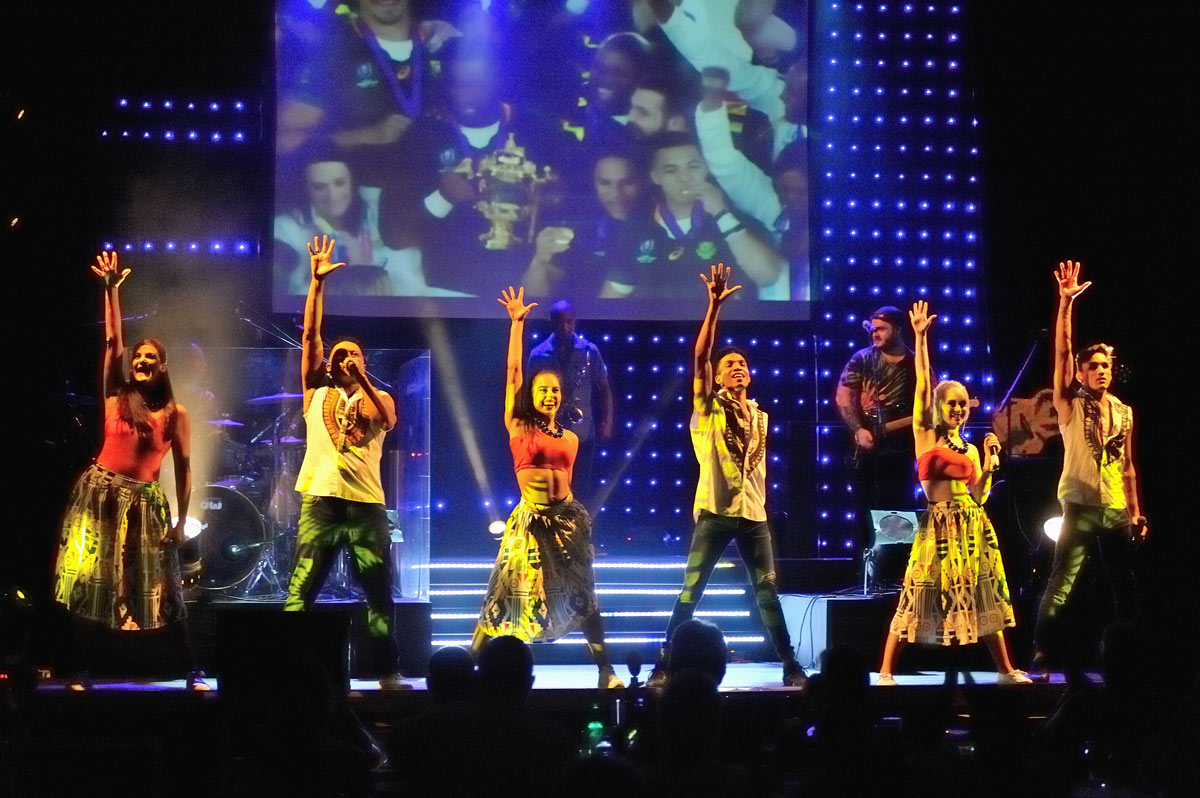 Snappy footwork, including crew and cast doubling up in the kitchen, has put Rockwood Theatre in the pound seats for a 15 July reopening. The performing arts has been among the sectors hardest hit by lockdown. So news that the curtains were soon coming up at the popular Sibaya supper theatre venue should add to the FunShine Coast’s visitor appeal.

They would return with the popular Nothing But ’90s, which had been running when lockdown spoiled the party in March.

The show would run until August 16.

Thereafter, Rockwood was in talks with a few the leading lights on the Durban theatre scene to bring them on stage.

“We are following the sentiment of the market. People are keen to get back to normal,” said Webster.

But he stressed they would be taking their health and sanitation responsibilities “very seriously”.

This included temperature checks and questionnaires for guests and perspex screens to protect staff.

In line with regulations announced on 26 June, the audience would be limited to 50.

Seating was on three tiers and the theatre has a capacity of 320.

This meant “you can really spread people out”, so achieving social distancing should be cinch, said Webster.

“It’s important for us to try to get some traction. It looks like we (will be) the only theatre open in Durban.

“We are getting some nice dates,” he said, but wasn’t quite ready to make public the names of the artists set to follow the Nothing But ’90s run.

Webster, a successful showman in his own right, with plenty of musical theatre, TV, panto and other credits, said when the regulations were announced he initially doubted an audience of 50 would be viable.

“This is crazy, no, no!” was his first reaction.

But after it had sunk in, he thought: “Let me phone the cast and see if they would take a cut. Every one of them said, ‘Yes, please!’ Everyone is keen to be on the stage.”

The regulations also limited cast and crew to 15.

But happily the support team has proven just as super as their trouper colleagues.

“We’ve got crew doubling up in our kitchen. So the only person who’s not working in the kitchen as well is the sound guy. The lighting guy is also in the kitchen…  the spotlight follow…  Everyone is pooling in to help, even some of the cast members. That’s how we are making it work.”

“We looked at numbers and it’s feasible. And I am confident we can do 50 a night,” he said.

It helps that Nothing But ’90s has wide audience appeal.

Webster said this was particularly true for people who came of age in that decade and were now in their late 30s and upwards.

He felt the recent reopening of the M4 would help matters further, making the theatre easier to get to for the audiences coming from the south.

Of course, we all know that the public has grown thoroughly bored with mooching around the home.

But, Umhlanga Tourism asked whether the singers and musicians, who have been out of action now for more than three months, really would be ready to turn it on?

“Absolutely! like the horse races waiting for that gate to go, like at the Durban July,” said Webster.