Feeling twitchy – why bird lovers flock to the lagoon

August 17, 2020 | Umhlanga Tourism | Comments Off on Feeling twitchy – why bird lovers flock to the lagoon 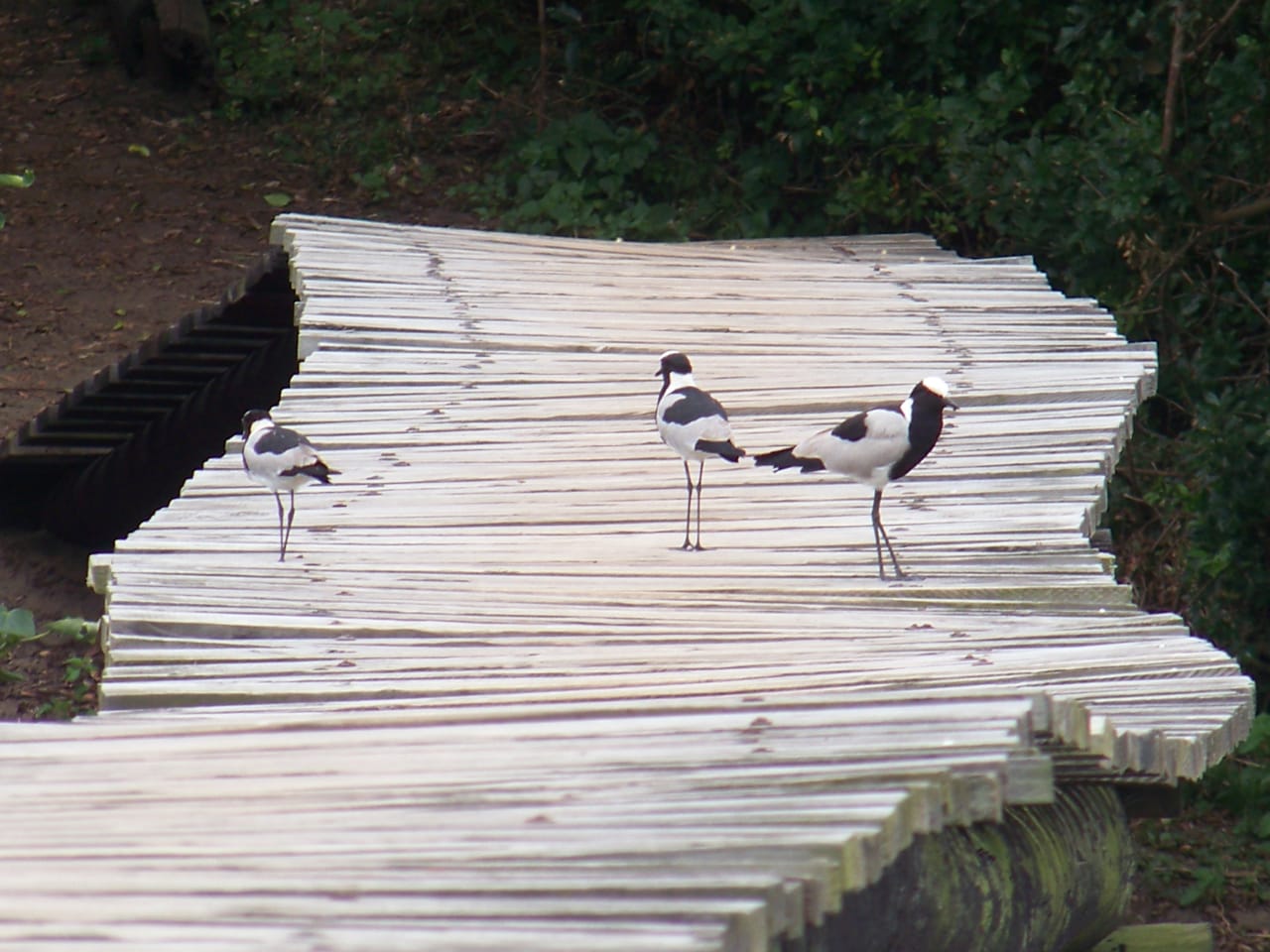 In our previous blog we had walked the first section of the trail, through a beautiful remnant of coastal forest at the Umhlanga Lagoon Nature Reserve. We were at the start of the northern boardwalk and were preparing to cross it, to reach the big dune that protects the reedbeds and forests from the wind and the sea to the east.

Over the boardwalk and a little to the south the bare branches of a coastal red milkwood (Mimusops caffra) provide a favourite spot for the resident African fish eagle (Haliaeetus vocifer).

The raptor was not at his perch when we passed, but nature guide Bongani Chisale pointed out a Goliath heron (Ardea goliath), fishing in the shallows 150 metres to the north.

Close by, on the shore of the lagoon below the dune, we saw white-breasted cormorants (Phalacrocorax lucidus) and watched as blacksmith lapwings (Vanellus armatus) scattered Cape wagtails (Motacilla capensis).

The day before, Chisale said he counted five pied kingfishers (Ceryle rudis) on this stretch.

“There are some quite rare birds. Last month a flamingo was spotted,” he said.

More than 200 species of birds are found in the estuary reserve, with summer revealing a greater variety than winter.

“For me this is my favourite site. It’s never the same. It changes within minutes,” he said of the comings and goings of the birds and the rise and fall of the waters.

Of highways and cobras

A zigzaging path climbs from the boardwalk to the crest of the dune.

Near the start, Chisale got down on his haunches and pointed out a track which crossed our path.

“We (humans) have the M4,” he says, referring to the coastal highway on the reserve’s western boundary, “And the N2 (the national road some kilometres further west).”

“And this is the national road for blue duikers,” said Chisale pointing out a low tunnel through the undergrowth. It was perhaps a foot high, made by the country’s smallest antelope (Philantomba monticola).

It’s a pleasant climb up the back of the dune and Chisale reckoned most people manage it easily, including one of his elderly guests who had been recovering from a knee operation at the time.

It seldom pays to hurry anyway, especially if you’re trying to take in as much of the natural world as you can.

Chisale tells how his Ezemvelo KZN Wildlife field ranger colleague, Reginald Dlamini was patiently keeping watch at the top of the same path one day when he witnessed a forest cobra (Naja melanoleuca) crossing in front of some walkers as they climbed the dune.

Barking up the wrong tree

If there were serpents about when we passed, they must have given us a wide berth.

We reached the top without drama, before pausing to look at the Indian Ocean through the foliage.

The path turned north here, running parallel to the coast.

The conversation returned to trees.

The red species, known in Zulu as amasethole abomvu, has rougher bark. Although the age of the tree has some bearing on the appearance of the bark and to confuse matters further, the white milkwood’s bark has a vaguely reddish hue.

Beneath its bark, however, the red milkwood lives up to its name.

The leaves of the two trees are a reliable indicator.

Red milkwood leaves are relatively small and greyish-green in colour. While the white trees (known to Zulus as amasethole amhlophe) are bigger and light green.

Red milkwood was the “pillar of the dune forest”, he said.

Its canopy shelters other vegetation from the strong coastal winds, which carry salt and sand. And its roots, some of which are plain to see in the dune’s banks, bind the thin soil.

The roots on the surface also trap leaves and other detritus, helping soil to form and creating a place for seedlings from other species to take root.

There’s an ecology lesson in all this.

The plants that make up the dune forest need one another to survive.

The environment is harsh and loss or harm to one species has a cascading effect.

That’s why Ezemvelo must work hard to protect the dunes and keep people on the designated paths.

Along the way we come across areas where Ezemvelo has closed shortcuts and old paths to allow dune vegetation to recover.

Here and there it was clear that human traffic has caused erosion.

Chisale does his bit to keep walkers on the straight and narrow.

On a number of occasions he showed real resolve and a pinch of humour as he discouraged people from wandering.

“Keep in your lane,” he cried out in traffic cop fashion to a group of young men who had left the path and were climbing to where a makeshift fence has been nailed up.

“I’ve bought my licence,” quipped one of the guilty party, before he fell into line in a good-natured fashion.

With the young men just out of earshot, Chisale mentioned that this was the very place where he once encountered an imfezi – a Mozambique spitting cobra (Naja mossambica).

And just so that there was no confusion, he lifted up his hand and cocked it back – like a serpent preparing to strike.